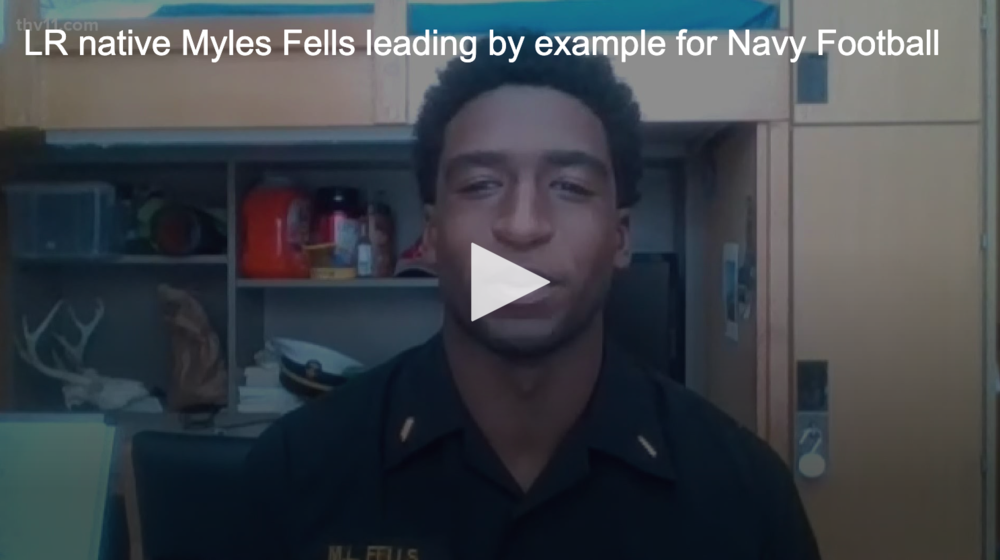 PULASKI COUNTY, Ark. (KTHV) -- Football players growing up in Little Rock dream big. Myles Fells is a perfect example of this. A star at Robinson high school, Fells decided he not only wanted to play, but he wanted to serve as well.

"You know I’ve gotten the opportunity to do a lot of training. Got to learn a lot of things, either by choice or by opportunity."

Fells now a senior on the Naval Academy Football Team admits it’s been anything but an easy journey. "Time crawled by my freshman and sophomore year. But now getting to my junior and senior year time has flown by but I wouldn’t change my decision at all."

For Fells, his service is about much more than himself.

"Any chance I can have to represent Little Rock, I’ll do that to be able to provide some hope and some inspiration."

Like a true midshipman Fells leads by example. Yes, catching touchdowns is nice, but helping the next generation is the biggest score.

"It’s just because I’m them. I know what it’s like to be given an opportunity and to be able to pass that on to the people that are still there. That is a big honor to me."

Fells says he's  just a kid from Little Rock, with big hopes for his city.

"I just know there is a lot of talent and a lot of potential in Little Rock that is untapped and I just want to do my part to give back."