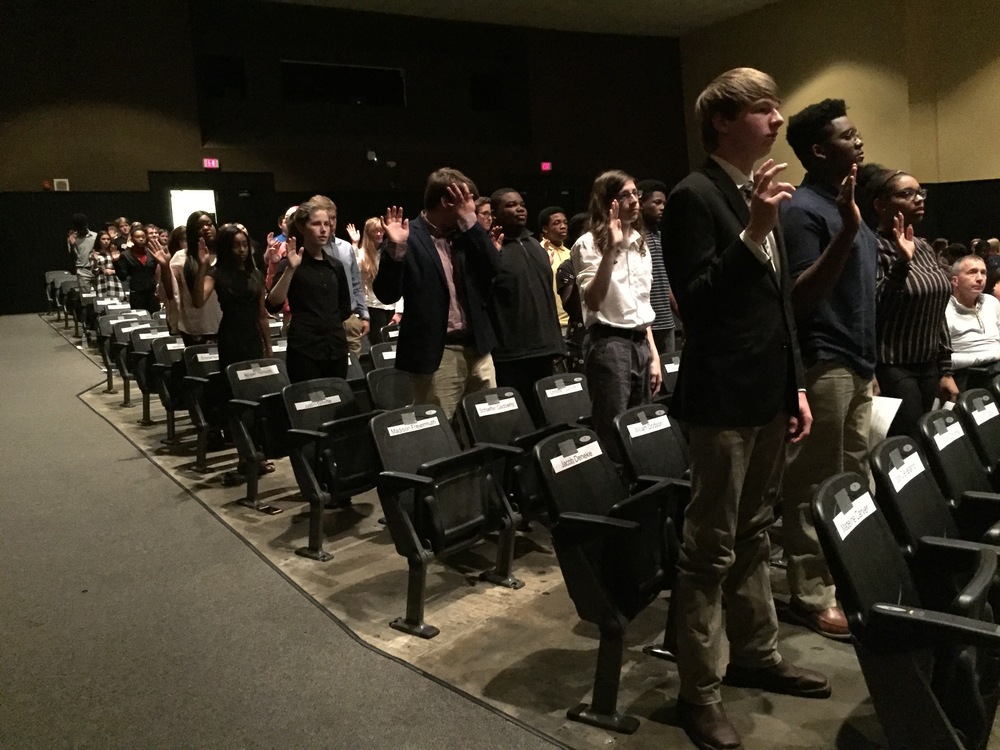 Joe T. Robinson High School's Beta Club inducted 78 new members in grades 9 through 12 on Thursday, October 24. The new members were invited to join Beta Club based on their GPA and exemplary character. During the ceremony, the new members were introduced to the four keys of Beta: achievement, character, leadership, and service. All members of Beta Club are required to maintain a 3.0 GPA and earn at least 20 service hours during the school year. These students are expected to be outstanding leaders within the school and the community.

Beta Club volunteers in the community and across PCSSD schools through service trips planned throughout the year. Beta Club is also looking forward to returning to Hot Springs in January to compete at the State Beta Convention. Last year students qualified to compete in seven different competitions at the National Beta Convention. With a total of 114 members this year, we hope to have Robinson representation competing in each event at the State Convention.