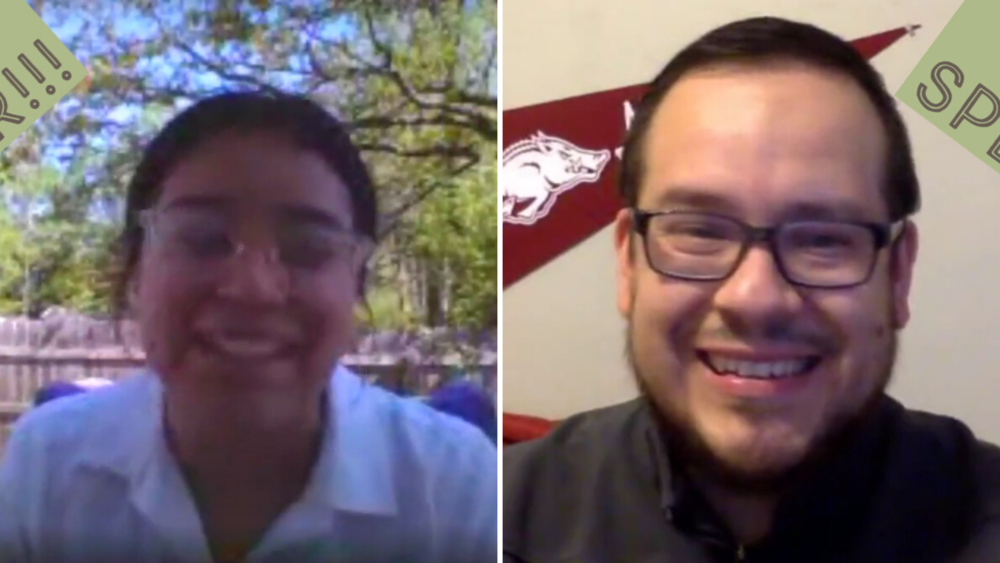 LITTLE ROCK, Ark. -- School is happening online and so are clubs! The "Two Languages Club" at Robinson High School, which celebrates bilingualism, hosted two guest speakers recently. Both sessions were recorded and put online for students to access in their free time.

First Reyna Marquez, a student ambassador from UA-PTC and social activist in our community, talked about growing up in America. She said that she really felt that English and Spanish were both her first languages, and often wondered why she was classified as ESL. Due to life circumstances, she dropped out of high school. However, she eventually obtained her GED and is now pursuing a career in law to help people. She said "I thought my mom was just saying that knowing two languages would be good [to make me feel better], but now as an adult, it's absolutely true!" Chris Bell-Davis, a recruitment Coordinator from UA Pulaski Tech, also shared some unique programs that the college offers.

A few weeks later, Rafael Arciga Garcia was interviewed. He came to the US at age 14 as an undocumented immigrant. In early high school he didn’t even consider attending college, but he ended up being the first in his family to attend and graduate university. He is now an Associate Director for Recruitment at the University of Arkansas! All along the way, he learned many important lessons, including just how valuable knowing two languages is, saying “That’s going to come in handy when you get to the real world because there’s so many more people you can talk with!”